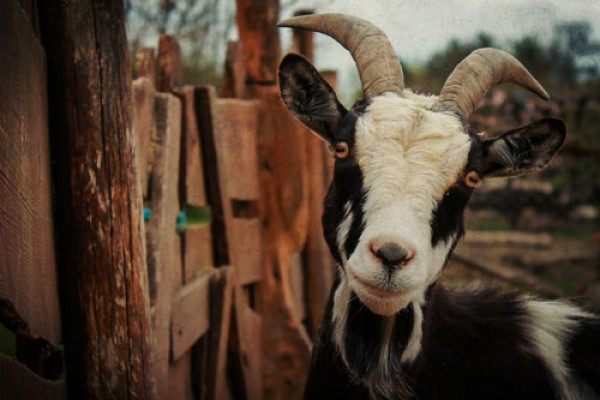 This tale from H.C. Andersen is about Clumsy Hans, who, with his two well educated brothers compete to woo the Princess. The King’s daughter wishes to marry a man with the gift of gab and proclaims to the country that she will marry anyone who can woo her with words.

Out in the country there was an old mansion where an old squire lived with his two sons, who were so witty that they thought themselves too clever for words. They decided to go out and propose to the King's daughter, which they were at liberty to do, for she had announced publicly that she would take for a husband the man who had the most to say for himself.

The two brothers made their preparations for eight days beforehand. That was all the time they had, but it was enough, for they had many accomplishments, and everyone knows how useful they can be. One of them knew the whole Latin dictionary by heart and the town's newspaper for three years - so well that he could repeat it backward or forward. The other had learned all the articles of law and knew what every alderman must know; consequently, he was sure he could talk of governmental affairs, and besides this he could embroider suspenders, for he was very gentle and also clever with his fingers.

"I shall win the Princess!" they both said, as their father gave each one of them a beautiful horse. The one who had memorized the dictionary and the newspapers had a coal-black horse, while the one who knew all about governmental affairs and could embroider had a milk-white one. Then they smeared the corners of their mouths with cod-liver oil, to make them more glib.

All the servants assembled in the courtyard to watch them mount their horses, but just then the third brother came up; for there were really three, although nobody paid much attention to the third, because he was not so learned as the other two. In fact, everybody called him "Clumsy Hans."

"Where are you going in all your Sunday clothes?" he asked.

"To the King's court, to woo the Princess. Haven't you heard what the King's drummer is proclaiming all over the country?" Then they told him about it.

"Gracious," said Clumsy Hans, "I guess I'll go, too!" But his brothers only burst out laughing at him as they rode away.

"Father," shouted Clumsy Hans, "Let me have a horse. I feel like getting married, too. If she takes me, she takes me; and if she doesn't take me, I'll take her, anyway."

"That's a lot of nonsense!" replied his father. "You'll get no horse from me. Why, you don't know how to talk properly. Now, your brothers are intelligent men."

"If I can't have a horse I'll take the billy goat," said Clumsy Hans. "He belongs to me, and he can carry me very well." So he mounted the billy goat, dug his heels into its sides, and galloped off down the highway.

"Alley-oop! What a ride! Here I come!" shouted Clumsy Hans, singing so loud that his voice was heard far away.

But his two brothers rode quietly on ahead of him. They were not speaking a word to each other, for they were thinking about all the clever speeches they would have to make, and of course these had to be carefully prepared and memorized beforehand.

"Halloo!" cried Clumsy Hans. "Here I come! Look what I found on the road!" Then he showed them a dead crow he had picked up.

"Clumsy!" said the brothers. "What are you going to do with that?"

"Why, I am going to give it to the Princess!"

"Yes, you do that," they said as they rode on laughing.

"Halloo, here I come again! Just look what I've found this time! You don't find things like this in the road every day!" So the brothers turned around to see what it was this time.

"Clumsy!" they said. "That's just an old wooden shoe, and the upper part's broken off, anyway. Is the Princess going to have that, too?"

"She certainly is," replied Hans, and the brothers again laughed and rode on far in advance of him.

"Halloo! Here I am again," shouted Clumsy Hans. "Now this is getting better and better! This is really something!"

"Well, what have you found this time?" asked the brothers.

"Oh, I can't really tell you," Clumsy Hans said. "How pleased the Princess will be!"

"Uh!" said the brothers. "Why, it's nothing but mud out of the ditch!"

"Yes, of course," said Clumsy Hans, "but the very finest sort of mud. Look, it runs right through your fingers." Then he filled his pockets with it.

But his brothers galloped on ahead as fast as they could, and so they arrived at the town gate a full hour ahead of Hans. At the gate each suitor was given a numbered ticket, and as fast as they arrived they were arranged in rows, six to a row, packed together so tightly that they could not even move their arms. That was a wise plan, for otherwise they could have cut each other's backs to pieces, just because one stood in front of another. All the inhabitants of the town stood around the castle, peering in through the windows to watch the Princess receive her suitors; but as each young man came into the room, he became tongue-tied.

Now came the brother who had memorized the dictionary, but he had completely forgotten it while standing in line. The floor creaked under his footsteps, and the ceiling was made of mirrors so that he could see himself standing on his head; and at each window stood three clerks and an alderman, writing down every word that was spoken, so that it immediately could be printed in the newspapers and sold for two pennies on the street corners.

It was a terrible ordeal, and besides there were such fires in the stoves that the pipe was red-hot.

"It's terribly hot in here," said the suitor.

"That's because my father is roasting chickens today," said the Princess.

"Baa!" There he stood. He was not ready for a speech of this kind and hadn't a word to say, just when he wanted to say something extremely witty. "Baa!"

"No good!" said the Princess. "Take him away!" And consequently he had to leave.

"It's dreadfully warm here," he said.

"No good," said the Princess again. "Out with him!"

Now it was Clumsy Hans's turn, and he rode his billy goat right into the hall.

"Terribly hot in here," he said.

"Why, that's fine!" said Clumsy Hans. "Then I suppose I can get my crow roasted?"

"That you can," said the Princess. "But have you anything to roast it in? I haven't any pots or pans."

"But I have," replied Clumsy Hans. "Here's a cooking pot with a tin handle!" Then he pulled out the old wooden shoe and put the crow right into it.

"Why, that's enough for a whole meal!" said the Princess. "But where do we get the sauce from?"

"I have that in my pocket," replied Clumsy Hans. "In fact, I have so much I can afford to spill some of it." Then he poured a little of the mud from his pocket.

"I like that!" said the Princess. "You have an answer for everything, and you know how to speak. I'll take you for my husband. But do you know that everything we've said and are saying is written down and will be published in the paper tomorrow? Look over there, and you'll see in each window three clerks and an old alderman, and that alderman is the worst of all; he doesn't understand anything!"

She said this only to frighten him, but all the clerks chuckled with delight and spurted blots of ink on the floor.

"Oh, so these are the gentlemen!" said Clumsy Hans. "Then I must give the alderman the best thing I have." Then he turned out his pockets and threw the wet mud in the face of the alderman.

"Cleverly done!" said the Princess. "I could never have done that, but I'll learn in time!"

So Clumsy Hans was made a king, with a wife and a crown, and sat on a throne. And we had this story straight from the alderman's newspaper-but that is one you can't always depend upon.